Retail Going to the Dogs? 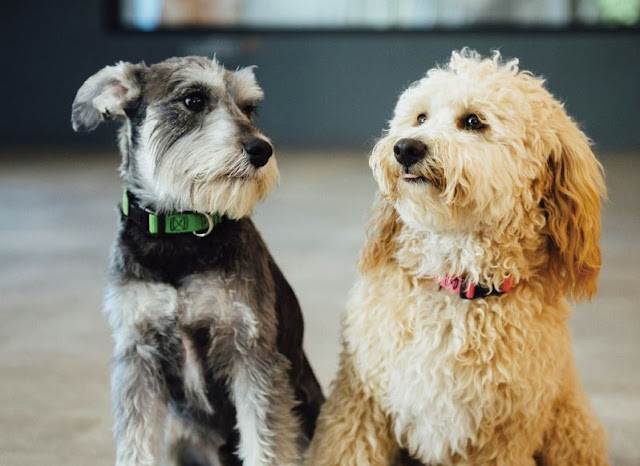 I have the pleasure of working with two Mars affiliated companies, Blue Pearl Animal Hospital and Banfied Pet Hospital. This article mentions yet another affiliated company, Camp Bow Wow and I thought it was of real interest. These businesses are helping to change the face of retail real estate.

Two Pet Daycare Franchises Battle for Market Dominance – Who Will be Top Dog?

Finding a location can sometimes be…ruff.                                      Photo credit: Dogtopia
Competition in the pet daycare and boarding business is turning into a real dog fight as the leading franchises race to drive expansion.
Dogtopia, based in Phoenix, announced plans to open 50 locations this year to build on the more than 90 it has in the U.S. and Canada. That’s double the number that opened last year. The company said it sold 100 spots last year and more than 30 units so far this month. In all, Dogtopia has more than 200 locations in development and has aggressive plans to grow to more than 400 stores.
“There really aren’t areas we aren’t looking, but a few current hot spots are Seattle, Connecticut, Atlanta, and our backyard, Phoenix,” said Jesse Stiles, Dogtopia’s vice president of real estate. “I have active franchisees looking in 30 plus states.”
Meanwhile, its biggest competitor and market leader, Camp Bow Wow based in Westminster, Colorado, has its own expansion plans for the year. It added 20 locations last year to finish with 165. “The pipeline is enough to achieve 20 this year,” said Jay, Mihulka, Camp Bow Wow’s vice president of real estate.
Each has firepower behind them. Dogtopia, founded in 2002, initially partnered with Phoenix investment firm Thomas Franchising Solutions in 2012 to fuel expansion. But Peter Thomas, who started the firm and once owned all of the Century 21 Real Estate franchises in Canada, later bought all of Dogtopia to put the franchise on a faster growth track.
Camp Bow Wow opened its first store in 2000 and was acquired in 2014 by VCA Inc., a company that has 750 animal hospitals around the U.S. and Canada. Mars Inc., home of M&Ms and Snickers as well as major pet food brands, bought VCA three years later.
Who has the competitive edge? Based on Entrepreneur magazine’s annual Franchise 500 for 2019, Camp  Bow Wow has slight lead, ranked No. 193 to Dogtopia’s No. 204. The ranking considers brand strength, costs, size, growth and support for franchisees and franchisor financials. But in 2017, Franchise Times chose Dogtopia for its Zor Awards, recognizing top franchises to own, over finalists that included Camp Bow Wow.
Both franchises offer similar services — grooming, daycare, boarding and indoor and outdoor exercise. Both allow dog owners to view their furry children via webcams. But they differ on décor. Camp Bow Wow has more of a rustic look in its stores with lots of wood. Dogtopia leans toward contemporary and bright colors. Its locations, which average 4,000-6,000 square feet, tend be smaller than Camp Bow Wow. At a result, total investment to open a Dogtopia is lower, $606,545-$1,321,245 compared to Camp Bow Wow’s stated estimate of $783,500-$1,485,000.
On the real estate side, though, the playing field is basically level. Local zoning requirements have tended to preclude these franchises from locating in shopping centers or urban areas. They end up at the city edges, often in light industrial areas amid small manufacturing spaces or warehouse users.
That’s changing some. “With the changing retail landscape and the demand lessening for soft goods tenants, service-related businesses that take up larger spaces are more attractive to landlords than they’ve ever been,” he said. “We’ve shown that with our aesthetics, smell and sound attenuation, and clean branding, that we can not only compliment a high-end tenant mix, but even improve a second-generation retail center and be a feature tenant.”
Both concepts typically need “special-use” or “conditional-use” permits through local zoning organizations in order to open. Stiles said that’s “mainly because most zoning codes are slightly antiquated and give a blanket classification of any business like ours as a kennel.”
To help franchisees with their pitch to local governments, Dogtopia shows off a location in a shopping center anchored by a Sprouts Farmers Market in Oro Valley, Arizona, a suburb north of Tucson. Camp Bow Wow has opened in retail centers in Las Vegas and Plano, Texas. “Retail works for us if we can get into them,” Mihulka said. “It’s an education and sales process” generally to show landlords the steps taken to sound proof the space and keep impact to neighbors to a minimum.
Mihulka said one of the challenges has been finding available space anywhere because vacancy in buildings has dropped so much. “Inventory is extremely low,” he said. Some Camp Bow Wow franchisees have changed course by buying a parcel to build a freestanding location, which adds to construction costs and lengthens the time it takes to open a location. But for the franchisee, owning the real estate provides a long-term real estate investment along with the business.